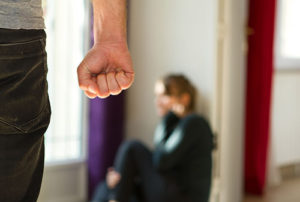 It’s not difficult for a simple domestic misunderstanding to get out of hand. In certain cases, this may result in one individual using physical violence or making verbal threats against the other. These kinds of incidences are obvious examples of domestic abuse and should be treated as such by law enforcement officials. In many other cases, however, there is simply no basis for such an allegation. Indeed, all that’s required for an individual to be charged with domestic violence is for an alleged victim to make an assertion that they were threatened and/or assaulted. In other words, no physical evidence is needed. Even if an alleged victim of domestic abuse later recants and tries to have the charges dropped, she or he will be unable to do so.

If you are facing unwarranted charges of domestic abuse, we urge you to speak with a dedicated domestic abuse attorney as soon as possible. We can help you fight your charges and protect your rights following an arrest for domestic violence. Contact us today to schedule your initial consultation.

Stopping at Nothing. Protecting Your Everything.

Allegations of domestic violence can come from many sources. It needn’t be a current spouse or romantic partner that is is the accuser — parents, children, roommates and former partners can also allege domestic abuse. You should also keep in mind that domestic violence needn’t involve physical violence and/or threats. Under Alabama state law, many other crimes may qualify as domestic violence, including arson, menacing, harassment, and stalking. These are all serious offenses that carry significant consequences for those convicted, including expensive fines, prison time, and even losing your right to remain in your home.

The Time is Now.

It can be hard to convince a jury of a defendant’s innocence, even in the absence of physical evidence and/or reliable testimony. The sooner you partner with a knowledgeable domestic violence lawyer after your arrest, the better your chances of undermining the prosecution’s case against you. Make an appointment with us immediately if you have been charged with domestic violence in the state of Alabama. We’ll do everything we can to defend you against these charges and clear your name

Watson & Neeley, LLC has represented Fort Payne families for more than 60 years. If you or someone you love is currently struggling with an issue related to domestic violence, call (256) 845-0410 as soon as possible.