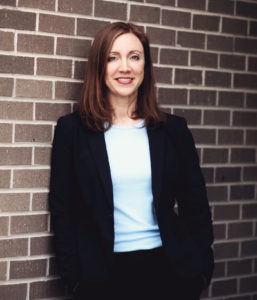 Tamara W. Neeley was born in Gadsden, Alabama and raised in Fort Payne. She graduated from Fort Payne High School in 1996 and subsequently attended Auburn University. At Auburn, Tamara was a student in the Honor’s College and was frequently featured on the Dean’s List. She graduated in 2001 with a B.S. in Marine Biology.

After graduating from law school, Tamara moved to Atlanta, Georgia where she was admitted to the Georgia Bar in 2006. During her time in Atlanta, she worked with the firm Doffermyre, Sheilds, Canfield, Knowles, & Devine, LLC where she represented plaintiffs in mass toxic tort litigation claims. She then spent four years as an attorney with King & Spalding, LLP, focusing her practice on environmental issues as well as tort litigation. Her experience included conducting environmental due diligence on behalf of prospective corporate purchasers and sellers; advising clients on various stormwater issues; defending Prevention of Significant Deterioration permits issued for the construction and operation of electric generating units; assisting companies in Resource Conservation and Recovery Act information requests from the United States Environmental Protection Agency; and representing local interests in tri-state water rights litigation involving Alabama, Georgia, and Florida.

In October of 2011, Tamara and her husband, J. Aubrey Neeley, relocated back to her hometown of Fort Payne, Alabama. She was admitted to the Alabama State Bar in January 2012.

Tamara currently represents clients in domestic relations matters including divorces, modifications, child support, adoptions and DHR proceedings, misdemeanor and felony criminal proceedings, and both defendants and plaintiffs in civil litigation proceedings. She also assists corporate clients in dealing with complaints from environmental interest groups, contract negotiations and personnel matters, as well as offering experienced advocacy in probate and estate matters. Her municipal/governmental law clients include the city of Fort Payne, the Fort Payne Board of Education, and the Fort Payne Water Works Board.

She and Aubrey have two daughters, Braelyn and Finley. Tamara has served as the DeKalb County Bar President since 2015 and remains active in her community via memberships in the Kiwanis Club and the Fort Payne United Methodist Church.